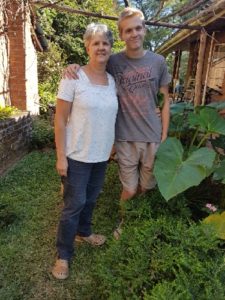 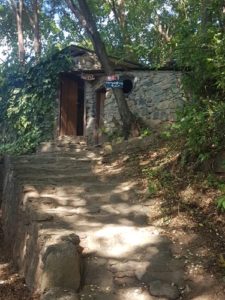 Said cherio to the Suzuki trio then stopped at General Insurance Company so that Peter could have a chat and get a business card. Next was Shoprite and saw all the overlanders who drove past us a few days ago and met the people of three of the fifteen vehicles in the convoy. Two guys are from George … Stephen Hardcastle, a retired doctor and Sidney de Reuck … wonder if he’s a relative of my Mom, she was also a de Reuck. Also saw the Namibian couple from Swakopmund, Pat and Achim Lorenz who slowed down on the bugger of a hill the other day. Surprise !!! Peter’s got another flat front tyre. It’s now getting beyond ridiculous. Put the bike on the pavement just to the right of the Shoprite entrance and changed the tyre, surprise … that one also had a new puncture. I popped into a pharmacy for some nasal spray and cycle pimple pills and to Shoprite for yoghurt (a treat), bread, oats, sugar. I would have liked to buy a few treats but it would have just made the bikes heavy again. 10h30 and back to Blessing’s bike shop and he said the tubes were too narrow. 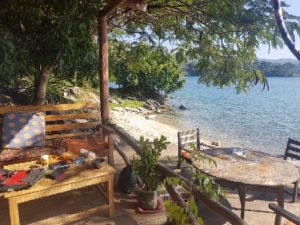 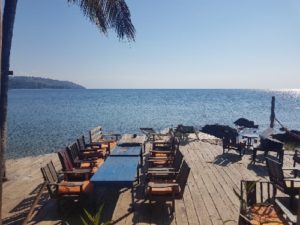 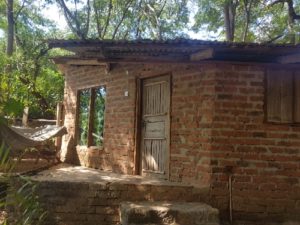 While there, Mark who has lived in Malawi for 11 years, ex SA came to see Blessing about his bike so we chatted for a while … he teaches the locals on pesticide free farming. Finally got riding around noon, rode all of 12 km and popped in to say hi to Mark’s wife, Ronel. They have a daughter who is currently in Franschhoek doing bits and bobs then off to Mexico to teach ministry. Their son, John Mark is still living with them and Ronel home schools him, as she did with their daughter. At age 18 all ex pats children have to leave Malawi. We enjoyed chatting with Ronel but at 3 pm needed to get peddling as we still had about 40 km to go, it gets dark early here this time of the year. A neighbour of Ronel and Mark is a New Zealand ex pat lady in her 70s married to a local. We had magic downhills most of the way with rumble strips a pain in the butt … a couple of mean hills and another bugger of a hill before arriving at Butterfly Space, Nkhata Bay in total darkness. We negotiated with Alice and are paying K10000 +- R174 (K57.55 to R1) for a family room of four beds. Shower and loo a short distance away. It was too late to cook supper so had their dinner of the day, spaghetti bolognese, K4000 and then joined Istene and Pip who were cooking supper. They were drinking local gin and peach juice, Mmmm, very nice. At 9 they were still cooking their lentils so we bade them good night and hit the hay, ZaZa and Muffin chained together in the carpark with the security guard keeping watch over them. Night all xx

– One cold shower and two loos in one room !!