We are qualified to use the 2018 FAIS Compliance Seal!

We had an early start to the day as I had a dentist appointment at 8. Crown stuck back into place, N455 poorer and I wasn’t even chewing a toffee when it came off. Selma had to play musical gardens with Rasco and the gardener, moving the dog from one side of the house to the other so that Rasco doesn’t chomp off an arm or leg. Both Peter and I wouldn’t want to be on the receiving end of Rasco’s temper if he’s having a bad day. On the whole, he’s quite a softie. For some reason Rasco hates the poor gardener. I took our two frozen meals to Shoprite and got them vacuum packed so we won’t have to cook on Monday and Tuesday.

Achim suggested we drive out to see rhe Rössmund Golf Club so went to see how Gary Player designed the 18 hole course. It is one of only five desert golf courses in the world. The club originally opened its doors in 1979, was flooded in March 2000 and a housing estate is now being developed. The club house also appears to have been revamped. A couple of Springbok were grazing on a fairway nearby and we saw one on the edge of the housing estate. South Africa are playing Australia tomorrow so umm … say no more.

Claudia came to collect both Schnauzers for a beauty parlor wash and cut. Peter and Rasco went for their daily walk while I fiddled around in Pat’s lovely kitchen. We gave Pat’s Opel Corsa bakkie a wash and vacuum, then went to Tiger Reef for their famous calamari. It was as good as everyone said it would be. Bongi was home by the time we got back, smelling fresh as a daisy. So three out of four in the Lorenz’s temporary household have had haircuts in the past two days. We all look respectable again?? Washed a few of our Icebreaker tops by hand, showered and about to watch something on the laptop. Nag almal … in Afrikaans, good night everyone xx 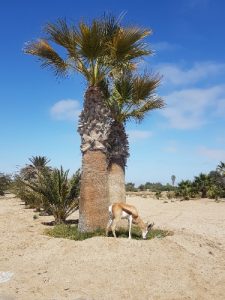 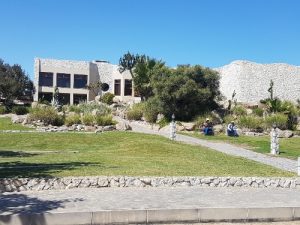 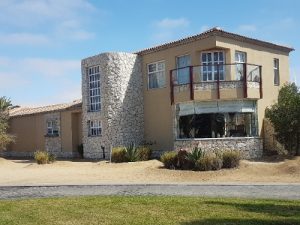 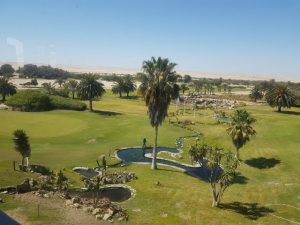 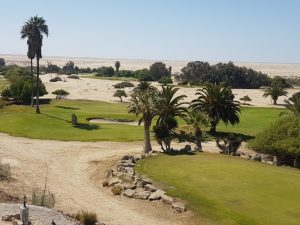 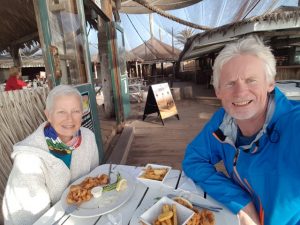 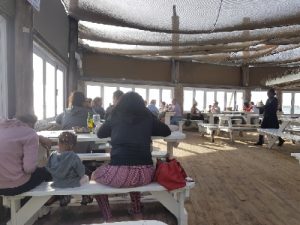 – A Springbok feeling quite relaxed at the residential area of the Rössmund Golf Estate
– All the houses have this brick work. We found it a bit overpowering
– The Club House and fairways
– Supper at Tiger Reef, second night in a row